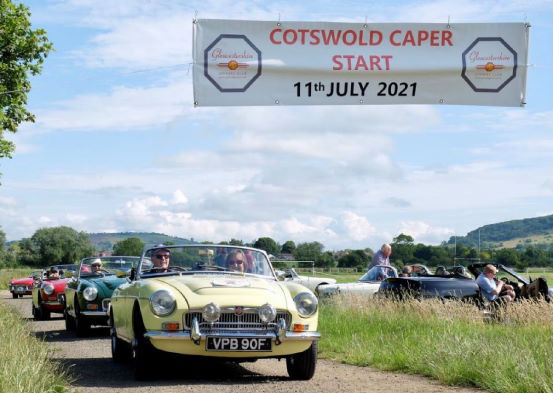 The run started in Cheltenham, a very attractive Regency spa town. The 100+ cars gathered in the local rugby ground where bacon rolls and coffee were consumed and raffle tickets were bought.

From an initial study of the excellent tulip map book, the route appeared to be a leisurely 49 miles. Only later in the run did we realise there was a halfway stop at an arboretum where the mileage had to be zeroed again, the total tour being 104 miles!

The run took us through the beautiful countryside and picturesque villages of the Cotswolds. The weather was kind, so it was “top-down” all the way.

The event raised £5000 for the club charity the “Severn Freewheelers”. These are a group of motorcyclists who provide a free courier service for local hospitals. A highly recommended MGOC run.